Larry Christy Posted in Illinois
4 / 5 ( 1 vote )
Benton is a city in Franklin County, Illinois, United States.  It is the county seat of Franklin County. 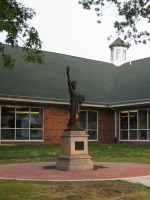 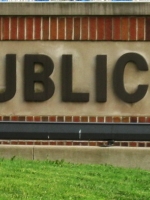 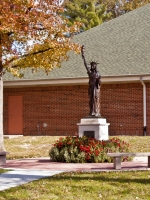 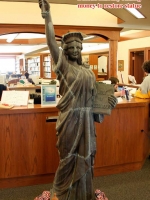 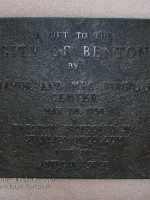 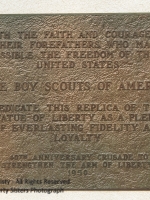 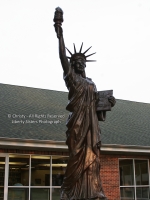 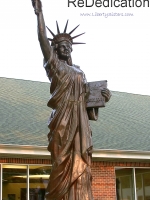 Re-erected just before the re-dedication on July 4, 2011 this sister stands proud outside the Benton Public Library on South Main Street. She has stood at this library since 1950, but a few years ago due to weather damage and vandalism she was brought inside the new section of the library and a quest to refurbish her was placed into motion. It did not take long – after a year the money was collected and the arrangements were made and off she went to California, Missouri (the same restorers that restored the Columbia Missouri’s statue). This time they gave a much lighter finish that they gave the statue in Columbia Missouri thus when the evening sun shines down upon her the beautiful copper patina shines through giving her the luster that she deserves. Quite a proud little sister as this is the statue that started me on my quest to capture all of the remaining ones on the camera. I will later uload pictures of her on her old base before she went inside. Rededication is 10am on July 4th , 2011.

If you can provide stories and/or images please use our online form to submit your information.  We appreciate all the assistance we can get in keeping this site the most complete, accurate and up to date Liberty Sister’s site on the internet!