Crusade to Strengthen the Arm of Liberty

In 1949 a Kansas City businessman, J.P. Whitaker, then the Scout Commissioner of the Kansas City Area Council, originated the idea of building replica statues in order to remind the people of America of how precious their freedom is. The statues were installed around the country by Scouts and other volunteers during the 1950's as part of the Crusade to Strengthen the Arm of Liberty. Numbering over 200 individual statues the Liberty Sisters can be found in 39 states and territories in the US. 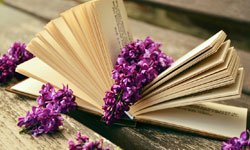 This is your first home widget box. To edit please go to Appearance > Widgets and choose 6th widget from the top in area 6 called Home Widget 1. Title is also manageable from widgets as well.